STUNNING LODGE SITUATED NEXT TO THE IBERA MARSHLAND. FANTASTIC GOLDEN DORADO FISHING WITH ONE OF THE BEST GUIDE TEAMS TO BE FOUND. AMAZING FLORA AND FAUNA, WORTH VISITING FOR ALONE.

A Nervous Waters owned property, which speaks for itself; you know it’s going to be quality and a well presented lodge and product.

Fantastic lodge in a beautiful location. A stone’s throw from their private entrance to the Ibera Marshland. A good head of golden dorado await, including some fish into double figures, if you get lucky.

Amazing amount and variety of flora and fauna makes the area and Pira Lodge worth visiting for alone – great for non-anglers.

The Esteros del Iberá Reserve (from the Guaraní language, meaning “Bright Waters”) is one of South America’s most important freshwater expanses. Ranked the second-largest wetland in the world after the Pantanal in Brazil, and twice the size of the Everglades .

Pira Lodge, in northern Argentina’s Corrientes Province, is strategically placed in the southern tip; a habitat-rich bottleneck where the marsh and Corrientes River ecosystems converge. Here, the golden dorado is the apex predator of the water.

Pira Lodge is the first and most detail oriented fishing lodge specifically built for golden dorado, which is one of the most exciting gamefish in the world. It is uniquely positioned with direct access to the Iberá Marshlands. The guide team are friendly and bilingual, with knowledge about the dorado and their habits, along with years of experience navigating in this vast natural reservoir.

Pira Lodge is the only freshwater destination in South America with state of the art Hell’s Bay flats skiffs, to deliver anglers quickly and safely into the most remote areas of the fishery.

In addition to the fish and fishing, there is a spectacular abundance of flora and fauna, which makes is dream destination for both nature lovers and anglers alike. There are over 350 species of birds seen regularly! In addition to birdwatching, Pira Lodge offers great non-angling activities / amenities such as horseback riding and a private swimming pool.

Golden dorado exhibit predatory feeding behaviours, mostly attacking fish (including other dorado), frogs, mice and other creatures that are best represented by larger than average flies and lures. Appropriate tackle is key. Anglers used to trout or salmon fishing will do fine with well balanced rods, fly lines and leader. The standard dorado outfit ranges from 6 to 9 weight rods, depending on conditions, river size and the average weight of the dorado you will be targeting.  Typically, 7 or 8 weights make the best allrounders.

Throughout the system, Pira Lodge will fish with both floating and sinking fly lines. Tropical rated lines are the best. The basin also offers a mix of boat and wade fishing opportunities. That said, wade fishing does not involve wearing waders, as it is wet wading due to the warm water.

Dorado fishing is not a numbers game. Generally, success comes with patience and practice. Dorado may have a reputation for attacking anything unlucky enough to swim into striking range. But in truth, those feeding frenzies can be few and far between. The thrill of fooling these smart fish, on any given day, across an array of conditions, is what makes dorado fishing so special.

Built with exquisite Corrientes style and pride, Pirá Lodge enjoys a spectacular panoramic view of the vast wetlands. Pira Lodge accommodates up to ten guests in five deluxe rooms, each with a private entrance, private bathroom, two double beds, ceiling fans and air conditioning. A separate building, attached by covered walkways and open air patios, accommodates the spacious living room, bar, and dining room area, each with tall doors that open to the wide veranda. Pirá Lodge was designed by award-winning architects to respect traditional regional elegance, offering all of the comforts and luxuries of a contemporary hotel. Relax and enjoy a cocktail at any hour, and cool off in the outdoor swimming pool after a rewarding day of fishing.

You may also consider 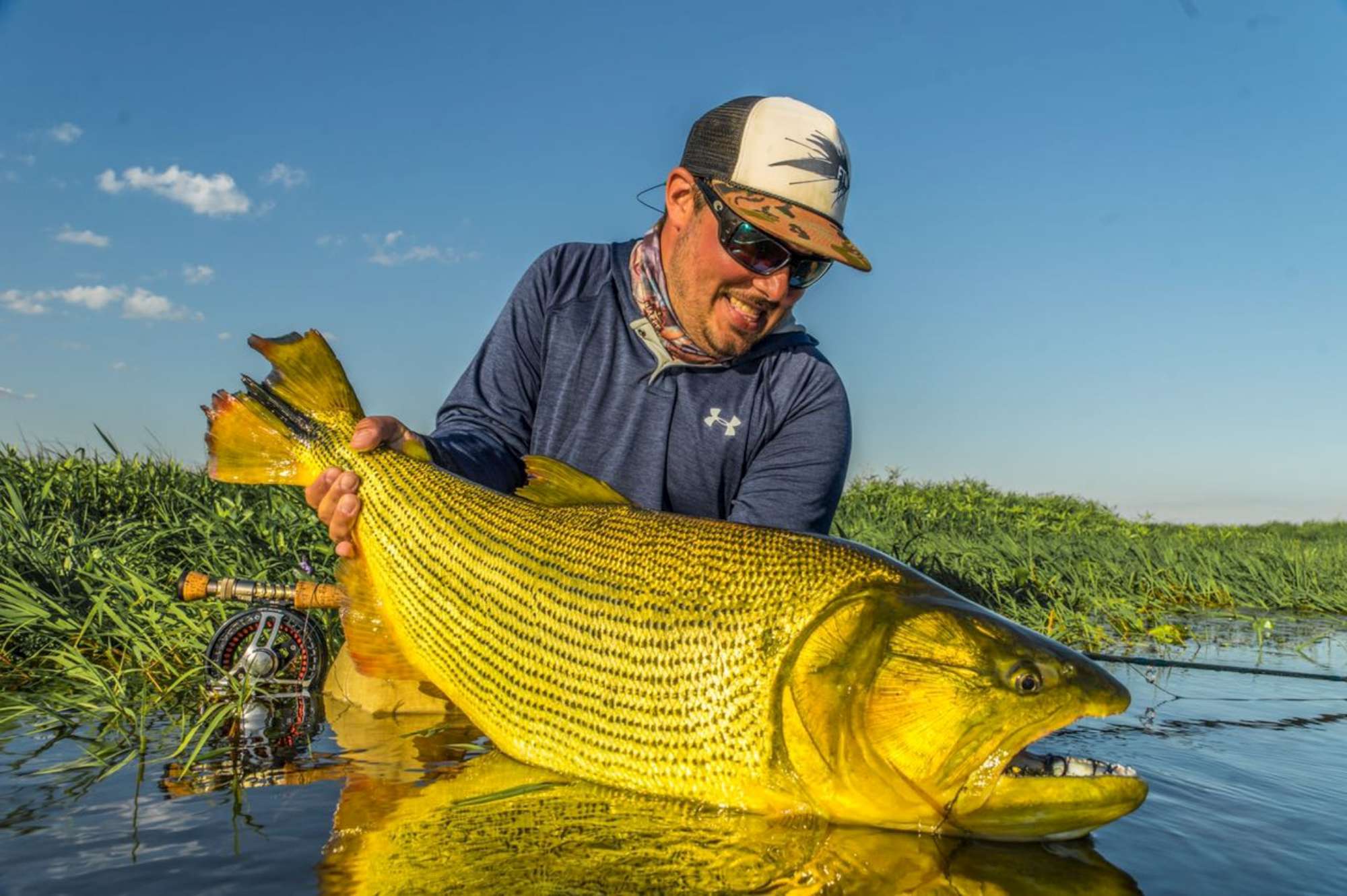