AMAZING JUNGLE FLY FISHING FOR BOTH GOLDEN DORADO AND PACU. SECURE IS FOR JUST SIX RODS PER WEEK AND INCLUDES FISHING ON TRIBUTARIES. GREAT FISHING IS JUST A STONE’S THROW AWAY.

The Secure Lodge experience is based on one very comfortable jungle lodge, built entirely from sustainable wood cut from the nearby jungle. There’s also the option to do headwater out-camps the high Secure River.

Superb fishing is available within a short distance of the lodge and new water is fished and explored daily.

Always plenty of pacu and big dorado to chase, along with the chance to fish two tributaries in the area.

Tsimane is set within an Indigenous Territory, some 200 km from La Paz and 470 km from Santa Cruz de la Sierra, as well as a National Park named TIPNIS (Isiboro-Secure Indigenous Territory and National Park), located in a very remote and virginal area within the Bolivian Amazon. The landscape is unique. The rivers fished are the headwaters of some tributaries of the Amazon River — shallow, clear transparent waters running downstream through the mountain and across the rainforest. It is actually one of the most raw and natural environments on earth.

These crystal-clear streams teem with life, seemingly untouched and unmolested by the hand of man. Within this fish-rich waters lurk marauding dorado, which will test both angler and tackle to their limits.

All in all, this is a fly-fishers playground and one that you are unlikely to forget for a very long time. A must visit location and we are confident you will return for more.

Based from the comforts of the main Sécure Lodge, anglers have access to three different sectors; Upper Río Sécure, Middle Sécure River, and the streams called Maniquicito and Ashahana. There is also the opportunity to visit and fish the out-camps, for those after a wilder experience. This broad variety of waters and pools allow groups to fish in fresh water every day, and rarely, if ever, repeat the same fishing beat. This is one of the main rivers of the TIPNIS and the most important tributary of the Isiboro River, Madeira River and the Amazon itself, one with the widest biodiversity in the world. This river is born in the confluence of the Nutusama and Cascarrillas streams. Along its first sectors this river goes from north to south; moreover, between the Mosetenes Range and the Eva Eva Mountain Range; it is wedged among peaks that range from 900 to 2,000 meters above sea level. The river length is 497 km until it reaches the Isiboro River.

Sécure lodge is situated on the headwaters of the Sécure River. Downstream you will fish the “Cachuelas” area; a line of rapids and rocks extended along 3 km, which always holds big dorado. Upstream, you explore the upper part of the Sécure River; always plenty of pacu and big dorado, with the chance of try the two tributaries of the area; the Maniquisito and the Ashahana.

These are the headwaters of the Tsimane basin, with a good population of dorado, along with some of the biggest dorado Tsimane has to offer. For those that enjoy something a bit wilder, there are exploratory camps to visit at the headwaters. This area in general is also the most productive area for pacu as a rule. All of this for just six anglers per week.

Fishing is done by wet-wading, whilst the boat and guide is at hand to take you to the next likely spot.

The Secure Lodge experience is based on one very comfortable jungle lodge, built entirely from sustainable wood cut from the nearby jungle. There’s also an option to visit the headwater out-camps on the Upper Secure River, which is an amazing experience for those looking for a true wilderness experience.

The main lodge features four tent cabins, that take up to six anglers each week. Each tent has comfortable beds, private bathrooms, and electricity. The delicious international cuisine at the lodge is paired with great wine in a well-fashioned living and dining room that will delight the guests at Secure Lodge. The lodge offers a satellite Internet wireless connection and phone service to all guests. Hot water is generated by a solar panel system.

The lodge accommodates just six rods per week in twin, en-suite rooms. Cost of a week is US$5,800, which includes the charter to / from the jungle and also two nights’ stay at a hotel in Santa Cruz. There is also an additional fee of US$570 to cover, which is for the National Park Entry and Indian Reserve Fee.

You may also consider 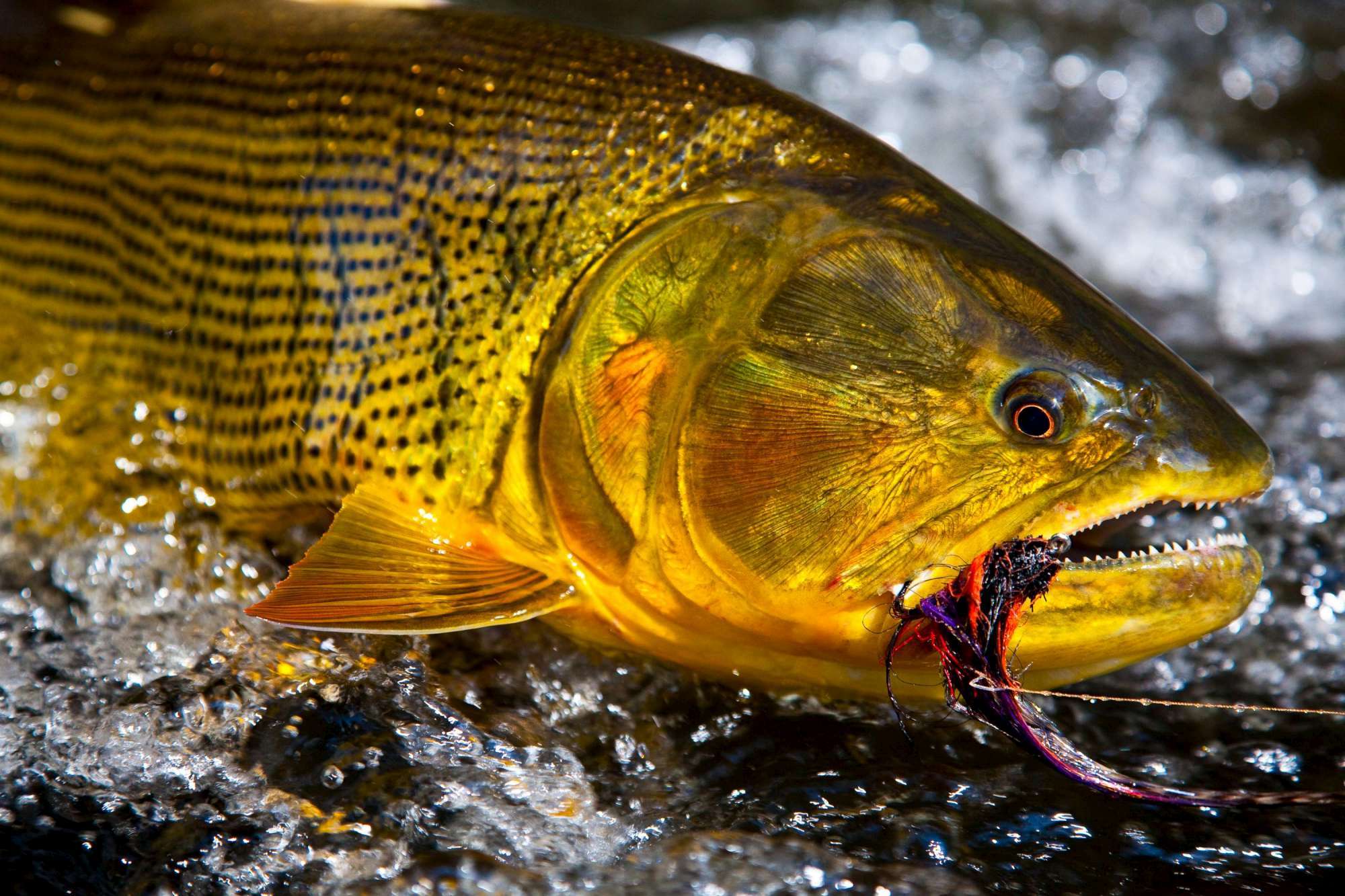